Get fresh music recommendations delivered to your inbox every Friday.

by Cult With No Name 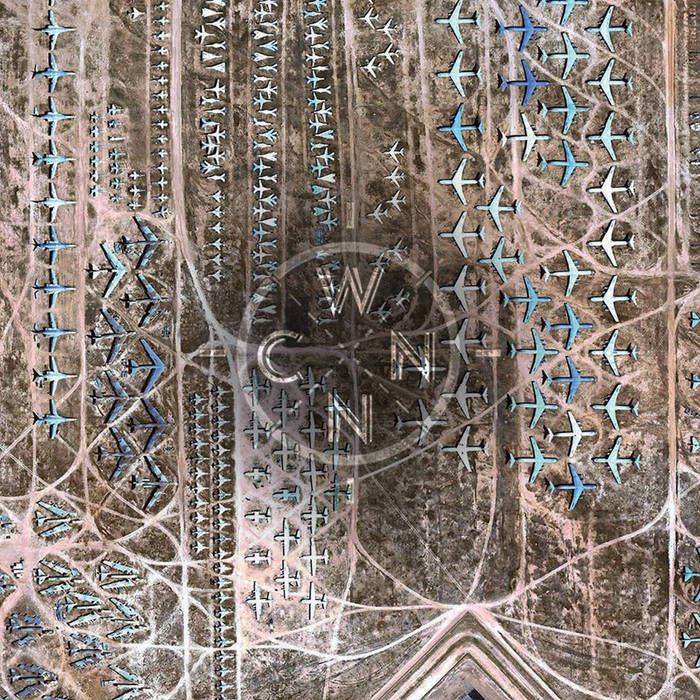 PACKAGED IN A DELUXE FOLD OUT BOX WITH DOWNLOAD CODE!

Preview 'Everything Lasts An Age' - www.youtube.com/watch?v=w6ZWZ_2NSbU

Preview 'Not Stranger Than Fiction' - www.youtube.com/watch?v=HYt9AKMu3uc

Following on from the resounding success of 2012’s Above as Below (with cover art from 2014 Grammy-nominee Jonathan Barnbrook) Cult With No Name return with the astonishing ‘Another Landing’.

CWNN’s sixth long player reveals the London duo to be in a defiant mood, which notably picks up the pace. Amongst the meticulously executed and emotive piano wizardry of the likes of ‘Swept Away’, the band cast a more urgent and scathing eye on the state of the nation, or rather indignation, with the pulsing India-electro of ‘Everything Lasts an Age’.

Elsewhere, the witty Walter + Wally sounds something Phil Spector producing Café del Mar, and certainly nothing like the two musicians it pays tribute to. The plaintive ‘Not so ‘Big in Japan’’ devilishly pokes fun at musicians who claim they are anything but, with ‘Over and Out of Here’ providing a soaring and entirely fitting electronic crescendo to the band’s latest, and finest excursion.

With the now typical mélange of breathtaking guest appearances, including three-fifths of legendary Tuxedomoon, Cult With No Name may have finally secured their passport…but to where?

Packaged in a deluxe fold-out box, with booklet and stickers (designed by Leigh @ Bit-Phalanx), ‘Another Landing’ equally upholds the tradition of stunning packaging that accompanies CWNN releases.

Reviews for 'Another Landing'::

:: ’vibrant and dynamic arrangements…’ – Sonic Seducer (Germany)
:: ’gifted with a plethora of imagination and ideas. top pick’ – babysue (USA)
:: ‘ethereal post-punk with a modern aesthetic’ - Musica Cafe (Brazil)
:: ‘a remarkable degree of sophistication’ - GAS (Mexico)
:: ‘a brilliant album, combining elements of their past but throwing away some armour to allow easier movement’ – Mick Mercer (UK)

Cult With No Name London, UK

Bandcamp Daily  your guide to the world of Bandcamp

Little Brother joins the show to discuss their beautiful journey, plus tunes from Fat Tony